My dear children and grandchildren,

Can you imagine that back when I was a young woman, we had forgotten that one day you too would want to live a healthy life on our planet? That we were destroying our own livelihoods by poisoning our soils, the air, the rivers, the forests and hurting plants and animals? Would you have thought that we produced things to throw them away quickly or burn them? That we spent most of our lives doing activities that made us unhappy? This world was absurd. It made us humans and our planet sick.

And then, a virus, of all things, brought it to an abrupt halt! It interrupted our noisy and hectic lives.

Within a few weeks, our lives changed dramatically. We were hardly allowed to leave our homes. Every day, the number of people infected shot up and I feared for the lives of my grandparents and for the health of my friends. Options for income and survival were gone and many of us were without a job. "Future" became a great unknown that frightened us. And yet, we were still in a comparatively privileged situation.

It was the first serious crisis I had experienced so closely. But instead of staying in a state of shock, many of us including me, felt that it was the long awaited opportunity for a new beginning. It was as if someone had pressed the stop button of our world. When I looked out of my window, I no longer saw cars, but children playing. Instead of exhaust fumes I breathed fresh, clear spring air. Because in these times of silence, not only did the air become clearer but also our thoughts, as we asked ourselves, "What was really important in life?"

No more business as usual

Simply pressing "Play" again and restarting the overburdened system was not an option. We began a new chapter in our history.

We saw how the supposedly impossible became possible. Just a few months earlier, my generation's loud outcry for more climate protection and more sustainability had been met with tired smiles from politicians who had responded with inadequate measures. Now it became clear that the earlier excuses for a sustainable future and beliefs about what could not be done were nullified.

It is said that crisis brings out true characters of people. This crisis showed that the good outweighed the bad, it showed how we humans helped one another, stood by our communities, and encouraged and cheered each other up. On the sidewalks every morning, someone would put out a sign for passersby to read the joke of the day. On the windows hung rainbow pictures painted by children, in the bus the passengers clapped for the bus driver and  the younger ones went shopping for our older neighbors.

The long awaited change had come

With the support of many people who longed for a positive shift, we were able to show how a sustainable future was possible. And what initially looked like a short-term response to a crisis gradually became a trend: we helped neighboring farmers with their harvest, we started growing many vegetables in our backyards, companies sourced their materials and resources from local regions...in short: we re-localized our supply chains, generated trust and identity, rediscovered local plant species and traditional knowledge, and created a resilient and sustainable local ecosystem.

The governments spent a lot of money those days to help the economy get back on its feet quickly through stimulus packages. This was the long-awaited opportunity to link these billions of euros and dollars to sustainability requirements and thereby help companies to leave old and harmful ways and dependencies behind. Sustainable investments proved to be a crisis-proof and future-proof investment!

But this view was not accepted in a day. Can you imagine that many politicians portrayed environmental protection against economic development instead of thinking of those two together? For example, they advised postponing the necessary coal phase-out at that time or the European Green Deal. In the end, and with a lot of emphasis from the population, the elected representatives decided on the logical path: sustainable investments, for example in renewable energy systems, had a double effect: they stimulated the economy and accelerated the development of sustainable energy supply.

A sharpened eye for the essential

The virus, in addition to the suffering it brought, had the merit of removing what was superfluous and redirected us to focus on the essential. We valued what had seemed unimportant to us for too long: community, neighborhoods and honest connections. We longed for exercise in the open and recreation in nature. We noticed that the many business trips could also be replaced digitally. We realized that we had given priority and appreciation to the wrong things in our lives and together we thought about how we could correct this in our society.

Ideas such as shorter working hours, the unconditional basic income or recycling management were met with open ears. Instead of only measuring GDP to understand a country's progress, measures to analyze well-being of the society and the planet, were called for.

Off to a sustainable world!

As you can see, the path to the new sustainable world that makes your life possible today was no walk in the park. Fortunately, there were so many brave, committed and positive people who never stopped believing in the future of humanity. Several decades earlier, with the fall of the Berlin Wall, my parents' generation saw that many small changes could bring about profound change.

In this spirit, we used the crisis as an opportunity to make a fresh start into a sustainable world. The world in which I see my grey hair, laughter lines and happy grandchildren today. The new world in which the nature and we humans are healthy.

My wish for you is that you don't take your present life for granted, but rather stay committed to create a future that will also give your grandchildren a good life.

With love, your mother and grandmother Rebecca.

seventeen goals Magazin thanks Rebecca Freitag for this imaginative letter as part of her guest contribution. 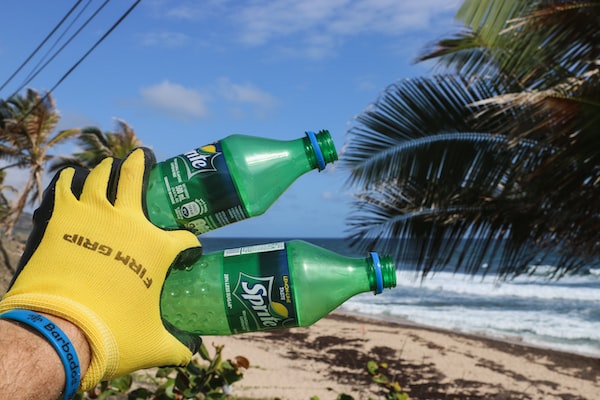 Plastic waste is a huge problem that has literally overwhelmed the world in recent years. Can we live without plastic? No way! Or maybe we can, just differently? We present nine innovations that recycle, up-cycle or simply replace plastic 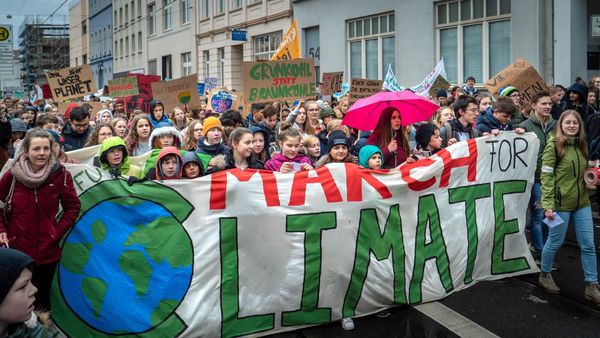