Floating across the Atlantic is a large converted catamaran, reaching the Caribbean from Europe, entirely without any gasoline engine – a Project Together initiative. Only driven by the wind, the sun and the ocean. Jérôme Delafosse did not believe that anything would go wrong with this travel, after all everything was extensively tested in the Mediterranean Sea and checked during a trip to Spitsbergen.

But with the Pandemic starting in March 2020, a tiny virus changed the world. Could the crew make the trip possible, without being able to disembark from the catamaran, for example to even buy provisions? A few crates, which were carefully stored during two stops were pushed against the quay wall – more contact was suddenly no longer allowed.

With so much forced restrictions, Delafosse, the expedition leader, found himself in uncertain territories, without many plans. Energy supply, drinking water availability, communication with the outside world – nothing! But 9,000 kilometres and more than 60 days later, when entering the port of Fort-de-France, on Martinique, he knew: It works!

"You can get along with only that what nature provides. And a longer journey doesn't mean one is going back into the stone age."

The idea for a emission-less Catamaran

The adventure began for him in 2013 with a phone call from Victorien Erussard, an ex-officer of the merchant navy, who had always wondered if the energy of the sea could be used on board and during the journey. He invited the diver and filmmaker Delafosse to work together to push the idea of an emission-free boat and to tell the story of their expeditions. Today that project has grown into a major enterprise, with a budget of 30 million euros and up to 60 employees, that permanently develop, design and plan the "floating lab." Energy Observer has inaugurated the floating laboratory that is more than 30 meters long and almost 13 meters broad, and on which they explore technologies that are sustainable.

How does the catamaran run with renewables?

The mix of renewables with which the catamaran is powered looks like this: More than 200 square meters of solar cells on the surface of the boat catches the sun's rays, along with those that the water reflects. Two high-tech sails align themselves automatically to take up the maximum amount of wind– and at the same time to even generate electricity. The propeller also runs while the catamaran sails and passively continues to generate electricity. And when the excess electricity stored in the batteries is used up, the sun is behind clouds and when the air stands still, the crew falls back on its reserve: three tanks filled with hydrogen. With the help of electrolysis and through fuel cells, seawater on board will only be available in hydrogen and oxygen and then converted into electric current.

These supplies could last for six days of clouded skies. The fact that the Energy Observer also works with hydrogen, a comparatively low researched technology, was important to the team.

According to Delafosse: "Hydrogen is the most widely available resource of the world and it is renewable. It's development is just at the beginning – but through the tests on our boat, it could soon be carried out by a logistics partner to build the first hydrogen truck."

The partner companies involved may access the data collected during the world trip.

Similar to his home country France, the hydrogen technology in Germany has received no priority so far; especially since electric motors are considered the golden road for achieving decarbonized mobility. But whether this alone can bring about a turnaround in traffic alone is questionable. And so the Federal Government adopted the 'National Hydrogen Strategy' in Spring to get the industry back on its feet.

For a long time, energy was for Jérôme Delafosse merely "a bill at the end of the month". He as an environmentalist, knew little about energy and what problems production causes, he admits. Today, through his preoccupation with the subject and his travels, he has gained a more differentiated view. And a new, positive story that he wants to pass on:

"We do not want to report that climate change is leading us into a catastrophe, but rather let people dream of another world."

Meetings with pioneers of sustainability

On their website and Facebook channel, they report in detail on their experiences and encounters, speak of pioneers who grow corals underwater, train the unemployed on the subject of biodiversity or voice the need to introduce free public transport. His companion, Captain Victorien Erussard, has already been appointed ambassador of the 17 Sustainable Development Goals by the French Minister for Ecological Change.

If the pandemic allows it, the Energy Observer will travel to California next year and cross another ocean – the Pacific Ocean, all the way to Tokyo for the Olympic Games. If it doesn't work, they change their plans. According to the Frenchman, he has also learned this in the meantime: to adapt to reality and, in case of doubt, to travel a little slower. But as long as they reach their destination, and do so using their own renewable energy, their mission is accomplished. And so far, it has worked every time.

Learn more:
Hydrogen as a future resource www.energy-observer.org
Minister Anja Karliczeck provides more information on the National Hydrogen Strategy on the website of the Federal Ministry of Education and Research 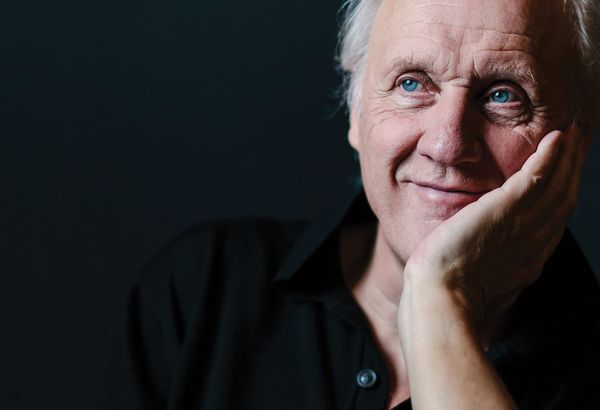 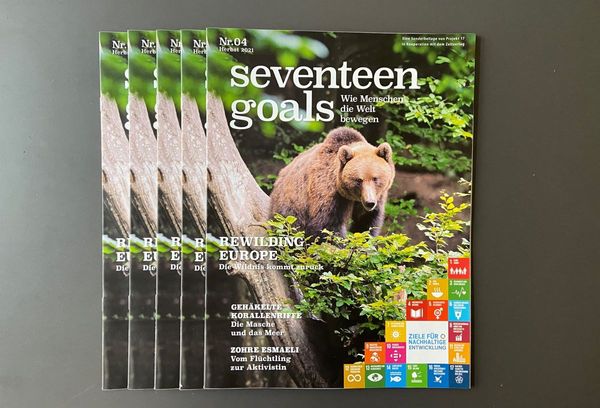