A lot has been written, discussed and debated on the topic of climate change. The Earth is getting warmer, the polar ice-caps are melting, the ozone layer is depleting, floods and droughts are increasing and the list goes on. While there are a thousand reasons why climate change is the biggest reality of today, there are also so many solutions and initiatives around the world, trying to make a difference in building a climate-sensitive future. Let us take a look at 5 of the most promising measures underway-

1) Meet the Meat which is not really Meat

The company Beyond Meat, supported by Bill Gates, has been producing the world’s first meat burger that is entirely plant based. It tastes, smells and feels like meat, but it is made purely out of peas. Plant based diets have a huge role to play in mitigating and adapting to climate change, which is why the UN Report calls for reduction in meat consumption. Production of meat contributes to 15% of global greenhouse gas emissions.

There are several vegan chains around the world which are now providing alternatives to meat consumption and meat replacement options. Check out this list to find some more.

Before the ghastly bush-fires of Australia from earlier this year could be forgotten, the Amazonian rain-forests in Brazil have started burning since early May 2020. As this continues, we are losing acres of forest land, animals and our rich biodiversity.

"On average, we lose 10 billion trees every year. And a worldwide planting programme could remove two-thirds of all the emissions from human activities that remain in the atmosphere today! (Source)

And companies like DroneSeed are making this possible in 6 times faster than a human planter. Instead of long term rehabilitation efforts after a wild fire, drones distributing seeds over burnt lands have the potential to quickly restore thousands of acres of wildfire ravaged land starting in 30 days.

By 2100, we need to remove 100 gigatons of CO2 from the Earth's atmosphere, roughly double the amount of CO2 emissions that we generate per year (source). But this seemingly impossible task can be made possible by initiatives like Climeworks, which uses technology to capture carbon dioxide directly from the air which is then either recycled or removed from the air by storing it safely.

On the other hand, the Ocean based Climate Solutions Inc use their technology in the seas to push carbon from the upper sea surface towards the bottom, in turn causing nutrient rich sea water to rise up to the surface of the oceans and help marine life.

Similar in purpose to the DroneSeed, the Bonn Challenge initiative is a promising global plantation effort, that is underway to restore 150 million hectares of degraded and deforested lands from around the world. The purpose of the initiative is to create multi-functional landscapes, that improves human well-being along with bettering ecosystems. It was launched by the Government of Germany and International Union for Conservation of Nature (IUCN) in 2011, and has been showing results in restoring degraded land for almost a decade now.

Almost 75% of the fruits, vegetables and nuts grown in the United States are pollinated by the bees (source). This means that most of the food in our plates would probably not be there if these tiny little flying insects were to go extinct tomorrow.

The World Bee Project is a pollinator monitoring initiative that seeks to improve habitats and ecosystems for a healthy bee population and healthier ecosystems around the world. The initiative uses cloud computing with world-leading bee research to provide information to the beekeepers, farmers, researchers and governments so that they are better prepared to ensure food security in their regions.

Do you want to read more on the several innovative solutions that have great potential in fighting against climate change? Visit this website to find climate solutions on every possible topic that you can think of. You can choose to support, contribute and spread the word about these initiatives and do your bit for a climate-friendly tomorrow! 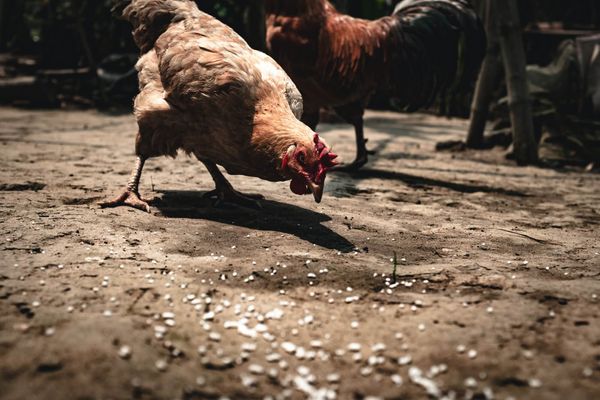 Animals in livestock farming have a sad existence. How do we change this? Politicians need to bring stronger animal protection policies and for us to rethink our own eating habits 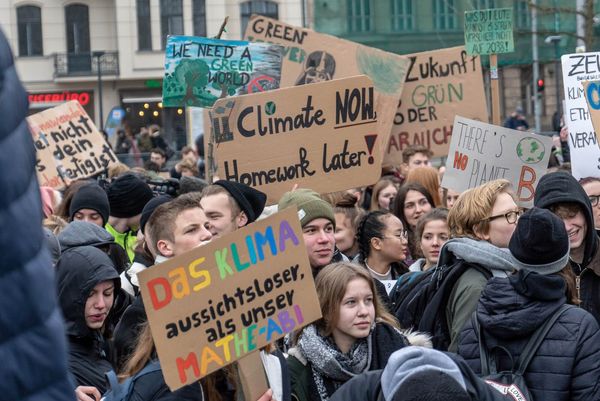 Germany's National Climate Law from 2019 has some ambitious measures to meet the CO2 reductions targets of 2030. Here's a few of the most promising measures with far reaching impacts