Germany, situated well within the Northern hemisphere, in the heart of Europe has been having longer summers and rainier winters for the last few years. Instead of a maximum of 3 days above 30 degrees Celsius, Germany now has 8 days or more of higher recorded temperature in June, July and August, sometimes even reaching 40 degrees. This has resulted in the spread of previously rare Asian tiger mosquitoes in parts of South Germany, increasing the risk from malaria and dengue fever. Reports predict that extreme floods and droughts will be affecting agricultural yield, livelihoods and human lives. And all this due to climate change.

The United Nations Framework Convention on Climate Change (UNFCCC) defines climate change as “a change in climate which is attributed directly or indirectly to human activity." It changes the composition of the atmosphere and causes variability in climate events over comparable periods of time.

In November 2016, the German government adopted the Climate Action Plan 2050 and became one of the fewest counties in the world to have legally taken up the goal of becoming climate neutral by 2050.

Supported by a $60 billion package, Germany's first major National Climate Law came into force in December 2019, and this outlines the key elements of a Climate Action strategy to ensure that the country is on track to reach the emission targets by 2030. The 5 most remarkable components of the Climate Law, that can set precedents for other countries to follow, are listed below-

1) Setting a CO2 Pricing: The German Government is set to introduce CO2 pricing for the transport and heating sectors from 2021. This means that companies in these sectors will have to buy certificates for every tonne of CO2 emitted. The prices start at 10 euros/tonne in 2021 and go up to 35 euros/tonne in 2025. Additional income from this pricing will be spent on climate protection support measures.

2) Relief for Citizens and Businesses: Given that CO2 Pricing can result in increased energy costs, the Climate Law seeks to compensate citizens, businesses and even long distance commuters on their electricity bills and transport costs.

3) Measures for the Building and Infrastructure: The building sector, emitting 14% of total CO2 emissions in Germany, will be receiving tax incentives for energy related building renovation measures. Other incentives for redeveloping urban infrastructure in a sustainable way and replacement premiums for getting rid of old oil heating systems and switching to clean energy heating systems will be promoted.

4) Measures for Transport Sector: To make a smooth transition into electric mobility, the expansion of the publicly accessible charging infrastructure is a basic prerequisite and the German government has set a target of installing 1 million charging points by 2030. Other measures include promoting electric cars, use of bio-fuels, increasing attractiveness of public transport systems and creating bicycle lanes. (Read our article on the Pop-up Bicycle lanes in Berlin!)

5) Measures for Agriculture and Forestry: The agriculture sector, emitting about 60 million tonnes of CO2/year, has several upcoming measures including reduction in nitrogen surpluses through changes in fertilizer legislation, promoting the use of farm manure, expanding organic farming, reducing emissions from animal husbandry and conservation of grasslands.

While here we have listed only 5 of the most important measures, the German Climate Law extends beyond these to cover other areas like investments in Research and Development (R&D), Green IT, Increasing use of hydrogen and promoting sustainable financing. At the heart of all these measures, lies the interests of the citizens and intention to protect the environment. For the Climate Action to materialize, cooperation from all walks of life is necessary. And that is all that we can hope for! 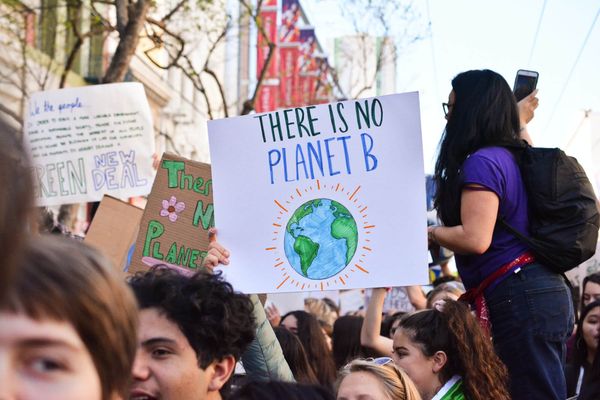 Climate Change is affecting one and all, as we can already see and feel the changes in our own lives. But we can all do something towards Climate Action. Here are 5 initiatives which are underway that you can get involved with 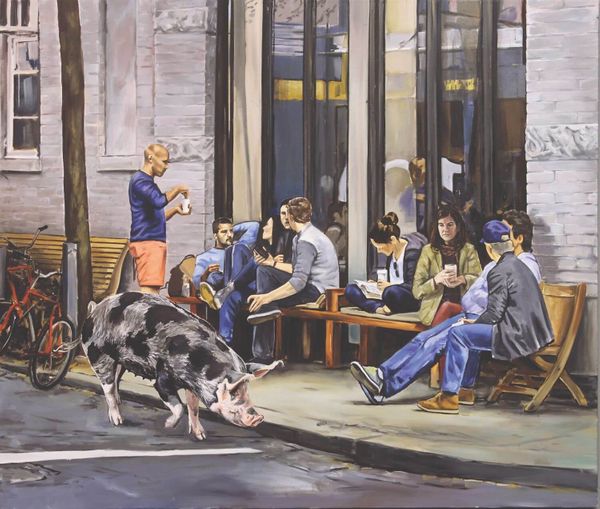 The Leipzig based painter Hartmut Kiewert shows in disconcertingly beautiful paintings his very own idea of the future, in which humans and animals live together in perfect harmony