Snorting loudly and with lowered horns, a huge cow stands less than 100 metres away in the middle of the forest. Next to it, other cows can be seen, their shaggy brown fur peeking out from between the tree trunks. If you look closely, you will see that these are not normal cows, but bison. There are no fences, no drinking troughs dug far and wide, the mighty herbivores roam completely free here. Just as if we were at the Yellowstone National Park.

But we are not in the USA, but a few kilometres east of the Polish city of Szczecin near the German border. A herd of bison – the European version of the bison – is grazing here. They are thriving and growing. Ulrich Stöcker, a nature conservation expert at Deutsche Umwelthilfe, sounds certain:

"It is only a matter of time before some of the bison may swim across the Oder to Germany and settle there."

Wild bison in the Oder Delta

The last time there were wild bison on German territory was in the 15th century, when hunters shot the last of their kind. The small groups that are already roaming through our forests again are semi-wild animals that were deliberately released as part of a reintroduction programme. On the Oder, they could reintroduce themselves for the first time. The special circumstances in the delta area make it possible.

The Oder Delta is one of nine so-called Rewilding Regions in Europe. The Rewilding Europe initiative was founded ten years ago by representatives of several nature conservation organisations in the Netherlands with the aim of creating more wilderness in Europe again. "If we look to 2030 and beyond," says Executive Director FransSchepers,

"There is only one way for a healthy and sustainable future in Europe: We need to return large areas across the planet to a natural state through rewilding."

And as the expert says, humans must step back and let nature take care of herself again.

The English term "rewilding" does not only mean renaturation. It is also about creating a new awareness about wilderness and new economic perspectives in harmony with it. Modern society should reconcile itself as one with nature.

Research proves the initiative right: a study by experts led by Néstor Fernández of the German Centre for Integrative Biodiversity Research in Leipzig showed last year that we need to renaturalise at least 20 percent of degraded land in Germany by 2030 – which includes abandoned farmland and brownfield sites – to achieve our climate protection and biodiversity conservation goals.

"Intact ecosystems are effective in combating biodiversity loss and the climate crisis," says Fernández. "They provide new habitats for animals and plants to produce clean air, clean water, fertile soils. They sequester carbon, protect against floods and other climate extremes, and nurture mental and physical health."

The Oder Delta shows how this can work: In the region, nature was able to develop relatively unmolested in the shadow of the border between Germany and Poland, which was strictly guarded for decades. After the fall of communism, nature conservationists from both countries managed to ensure that large parts of the 450,000 hectare cross-border area with the Szczecin Lagoon at its centre remained reserved for nature. In 2012, the participating nature conservation organisations founded the Rewilding Oder Delta initiative, and in 2015 the region was officially recognised as the eighth rewilding area by the Europe-wide initiative.

Peatlands for an ecological balance

Dikes and dams have been dismantled and the return of key species has been promoted. Starting from the bison, elks and beavers, which once significantly shaped the landscape, to the large predators such as the wolves, which play a major role in the maintaining the natural balance, have been brought back. In addition, drained moors are being rewetted.

In discussions with farmers, shepherds and other land users, it is being determined whether they can leave their land to nature and earn their money through tourism instead. "Offering economic alternatives are an important pillar of rewilding," says Ulrich Stöcker. "There are now fishermen in the delta who earn more money from wilderness observation tours than from fishing. Hotels are teaming up to offer their guests delta safaris with solar boats – for example, to observe EU's largest population of white-tailed eagles living here."

A clear path for wild animals

The situation is similar in other Rewilding areas, such as the Danube Delta in Romania, where pelicans, storks and other water birds are reproducing. Or in the Italian Apennines, where the Martian brown bear is making a comeback gradually. Or in the Swedish Lapland, where rivers are being freed from their dams and weirs so that salmons and other migratory fish species can once again have a free course.

The rewilding areas already cover around 23,000 square kilometres – that is roughly the area of Mecklenburg-Vorpommern in Germany. The plan is to add more areas and also connect them through wilderness corridors so that animal populations can exchange genetic material.

The initiative fits perfectly into the UN Decade for Ecosystem Restoration proclaimed for the 2020s. And it meets a deep-seated longing in most people, expressed by Swiss philosopher Markus Huppenbauer, who died in 2020:

"In a thoroughly engineered, modern world, we look for wildness, originality and spontaneity in nature." 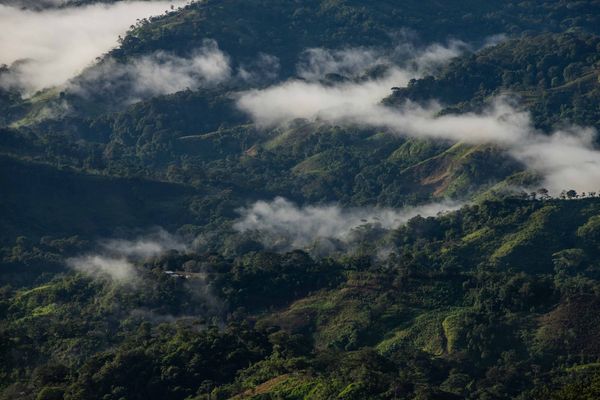 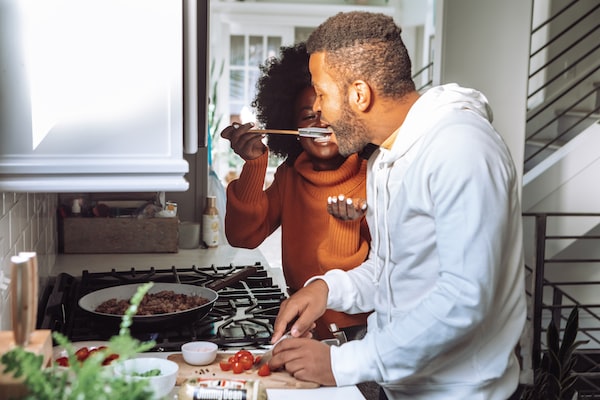 Chefs and food enthusiasts are becoming vocal about the need for using quality products and encouraging sustainable eating habits. From Germany to the United States, four famous chefs show how to change the world, one dish at a time