The Plenary Hall in Bonn, former seat of the German Parliament before it moved to Berlin, is not the place one usually finds extraordinary ideas, infectious positivity and a colorful crowd of engaged people. But once a year it is exactly that: when the Global Festival of Action for the Sustainable Development Goals takes place!

Usually it is the Federal Eagle who holds his watchful eyes over the Plenary Hall. But from the 2nd to 4th May 2019, his venerable appearance was covered with the 17 colors of the Sustainable Development Goals. The Festival of Action, organized by the SDG Action Campaign of the United Nations in Bonn, opened its doors for the third time and more than 1.500 change makers from civil society organizations, foundations, networks and private sector followed the invitation.

The Plenary hall filled up quickly, people from all over the globe headed to take one of the comfortable, blue seats- the very same ones that were once occupied by politicians. The opening session was entertaining and inspiring, also due to speakers like Eddie Ndopou, an activist for the rights of people with disabilities. Diagnosed with Spinal Muscular Atrophy at the age of two and given only five years to live, he outlived himself by over two decades, as he mentioned with a smile. His amazing energy was topped only by Yusuf Omar, mobile journalist and founder of #ourstories. He rocked the stage talking about the present and future of mobile storytelling and within no time he gave an amusing 5- minutes-live-tutorial how to bring a self produced little story into all social media channels simultaneously – all this while launching a drone that took pictures of the amazed audience.

Festival of Action lives up to its name

After three days in Bonn it is obvious that the Festival of Action is worth its name: a tightly packed agenda with over 60 interactive sessions in all kinds of topics like responsible leadership, youth movement, multi-sectoral campaigning or the power of sport. Even the role of music to achieve the Sustainable Development Goals was presented – including a singing workshop for the festival- goers.

In between the different sessions and the lunch and coffee breaks, participants were given enough time for networking, visiting the market place, watching overwhelming UN augmented reality-videos or just sharing their experience inspired by talks, dialogues and pitches on the live stage.

Highlight of this global get together is the award show with innovative initiatives being honored and getting the recognition that they rightly deserve.

Sustainable projects that were creating impact and leading to change were submitted from all over the world in six different categories. Initiatives like the Crowdmap for sexual violence from Mumbai, the block chain technology tackling ocean plastic and global poverty, or the campaign from Lebanon that led to the repeal of Article 522, the infamous rape-marriage law, were a few of the winners. One can only imagine how hard it would have been for the jury to decide among the huge amount of entries, equally engaging and interesting to say the least.

The ‚10 years to go milestone’ for achieving the Sustainable Development Goals is soon approaching. Time for more inspiration and more coalitions to advance action on the SDGs! How do you contribute to the Goals? Watch out for the next application round for 2020 starting by the end of this year. More: UN SDG Action Campaign. 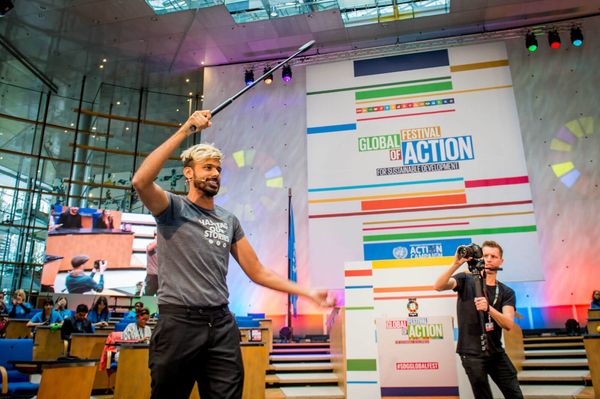 To help achieve the global goals, positive and inspiring stories need to be told – that's what the mobile journalists of Hashtag Our Stories are doing these days 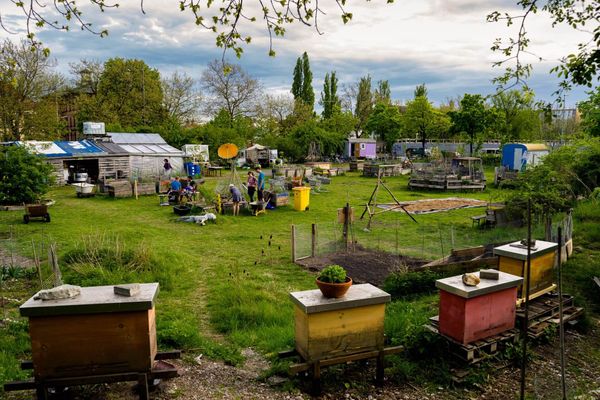