We humans are not an isolated species. Each of us carry a universe of biodiversity within us. And caring for this biodiversity inside is the only path towards preserving the nature outside, emphasises Indian environmentalist Vandana Shiva during her interview in Berlin

You're in Berlin this weekend to speak at the biggest annual demonstration demanding environmental friendly agriculture. Coming from Uttarakhand, the leading Indian state in organic agriculture, what is your message for Germany?

None of the poisons that is used in agriculture today have a positive role in farming. This is the message I would like to spread during my stay here and I really believe that Germany being the richest and most prosperous economy today, stable unlike many other economies, can become 100% organic by 2030 – poison free!

Is this what you are talking about to the Green Party today? Tell us how it is possible, with so many restrictions and the political aspect towards it?

I think if we look at electoral politics, it is difficult. But we must remember, electoral politics is also changing. Otherwise why on Earth would you have the resurgence of intolerant thinking? Even in German politics? So, politics is also changing. But the formal electoral politics is only one part of politics. The other part is the power of people. Look at the way millions of young people have come out on the streets! You cannot ignore the Fridays for Future. That is the level of energy and the source of energy that will make things possible that don’t look possible when you just look at the equation of power on top.

Your movement towards a Poison free world by 2030- how feasible is it?

I worked on spreading organic in India where everyone assumed that the green revolution was the right way forward. I was ostracised for writing the ‘Green Revolution’ book in 1984, after the violence in Punjab. Today 6 states of India are wanting to go organic. 40 mayors of France have said that we won’t allow poisons, pesticides and glyphosate. The movement against glyphosate had millions of signatures. So, this is not a static situation, this is a very dynamic process where around the world people are saying-

"Enough of the poisons, enough of an agriculture that is destroying the planet and small farmers and food and health."

So, what do we do? First, we need to stop the subsidies that promote the wrong kind of farming.

What do you want to say to people who argue that if we want to feed 10 billion people, you need the pesticides?

That’s the biggest lie. Because per acre, mono-culture industrial farmers produce commodities. 90% of the new commodities of corn and soya are going for bio-fuel and animal feed. So, they should stop using the argument feeding the world. Second, when you measure nutrition per acre, organic farming produces more.

Is that something your work has shown over the years?

My work over the last 32 years have shown that. But my work is not just my work, it’s the work of millions of farmers who are part of the network of Navdanya. That network of Navdanya also has a very strong partnership with Germany. Germany used to be the Vanguard of the biodiversity movement and for some reason it has been slipping in the last 3 days, and you all should find out why. But our work on nutrition per acre, health per acre have shown that if we start conserving biodiversity and intensifying biodiversity, we don’t just protect the planet, but we can rejuvenate the nature and produce more food to feed people.

So, the only way to feed the world is to work with nature because food is for all species. The butterflies need food, the bees need food, and it is not an accident that German beekeepers are throwing contaminated honey on their Agricultural minister’s doorsteps. That signal is the signal for the right of the bee to good food.

In your book, “Another World is Possible” you are talking about civil disobedience. What do you mean by it?

How can young people be disobedient and take action?

Young people are already rising and doing what they can, like the idea of the strikes is one. Greta has met me, other Fridays for Future young activists have met me, and I said the power of Satyagraha and civil disobedience is not an empty power, you cannot say no to destruction if you are not creating an alternative. That's why the title of my book is ‘Another World is Possible.’

You sow the seeds of a new world with one hand and with the other hand you shut the door to the distorted rules, policies, sciences, technologies and fake economies that are destroying the planet.

And I tell this to the young people, strike on Fridays, grow a garden rest of the week. Turn every school into a garden, turn every community into a garden.

What is the one thing that you would like to tell our readers to start doing?

I would tell them to grow a garden and reclaim their food. Remember, when you eat food, you are not eating commodity, you are eating the gift of all of nature’s food web, because the food is a product of the food web, but more importantly, you owe it to 90% of you self. To nourish your gut micro-biome, which is 100 trillion microbes. 90% of us, is not us.

So we have to get rid of the anthropocentrism that humans are somehow an isolated species. We are walking microbial biodiversity. We are a forest within us. So, nourish it. And when you nourish within, you nourish outside and with these two, it makes all the difference. The health of the planet and your health is one health, and so the right and duty to grow good food and to eat good food is the democracy movement of our times.

In this new decade we just started, what would you like to achieve?

All indigenous cultures including my own, we took the earth as one family, around the world we go anywhere, we are all one family. This idea that humans are superior to other species, nature can be trashed, women are inferior, other species are inferior – this needs to stop! I would like to see the next decade as undoing colonialism, undoing anthropocentrism, undoing capitalist patriarchy. And this is not a text to be taught in universities. We have to reclaim life. And women are the leaders of transition to that life.

50 years of activism, what is it that keeps driving you?

Gandhi does. And ordinary hardworking people. And the women who keep the world going. Even when their work is uncounted and their knowledge is unaccounted, if things are still there, it is because of them. They inspire me.

Are you hopeful for the world that’s to come? With issues like climate change and global warming?

Hope, like any other quality, is not a given. It is cultivated. And I am hopeful because I cultivate hope on a daily basis.

I may think, oh my God, this looks horrible! But what is it that I can do? My small steps, how is it that I can help multiply it? By working with people! So I cultivate hope and I am very hopeful. The farms of Navdanya farmers are growing more food and earning 10 times more than those growing commodities for the global economy. Most importantly they are proud, they are happy and their faces are radiating. On the table, they have diversity of dishes, because when you grow diversity, you eat diversity and that is a rich life. That gives me hope.

Eat local, eat seasonal. Be informed where the fruits, vegetables and meat you buy are coming from. Grow a garden, a small kitchen garden is good enough. Reclaim your right to good healthy food. 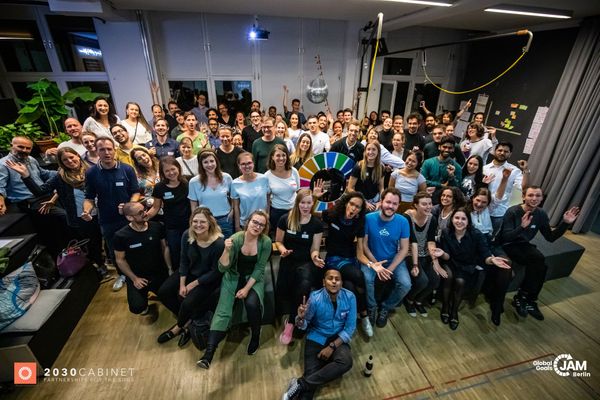 From being interested in business and innovation ecosystems to leaving his job and working full time on furthering the 2030 Agenda , Global Goals Jam Germany Coordinator Nadim Choucair speaks on the importance of partnering for SDGs. 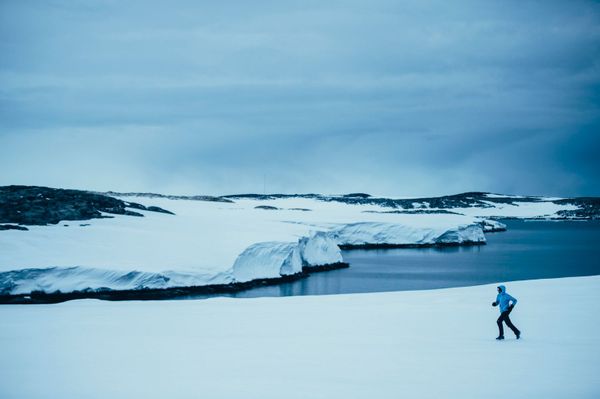 seventeen goals
—
"We are walking museums of biodiversity"
Share this